But you can make it anything you want!

I love that this has drawers for storage (always a MUST for me).  The lighting is such an unexpected perk!

This piece does have wear.  It really needs a new home where someone will throw a fabulous coat of paint on it.

Here is some inspiration in the form of fold-down bars and desks: 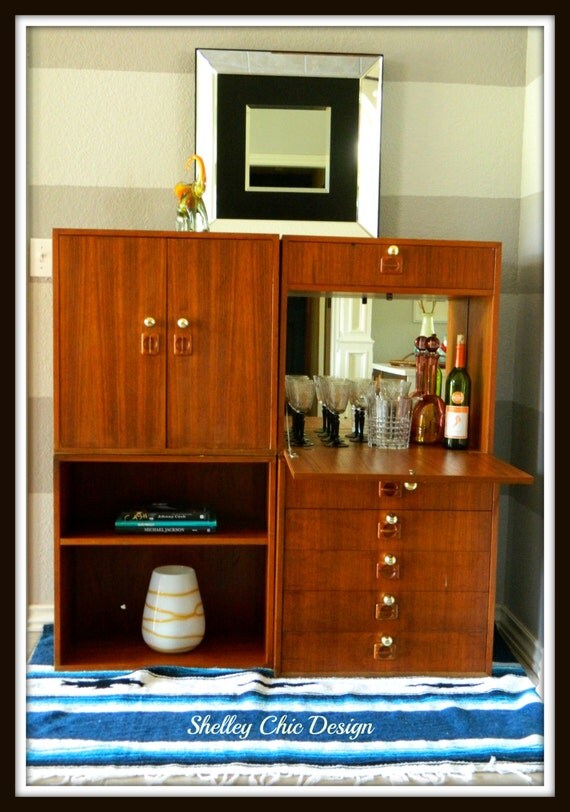 I love the cabinet, drawers, and fold down bar.  Nice Danish piece. 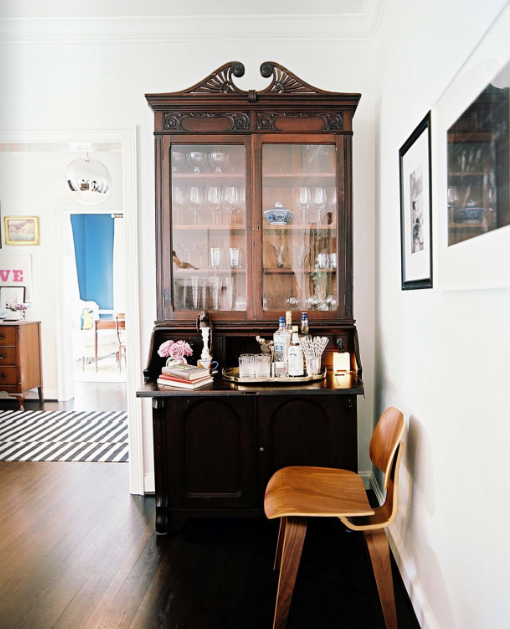 via Bird and Branch Redesign I LOVE LOVE the idea of a painted interior! Fun mid century piece.  Where is Don Draper with my drink?! 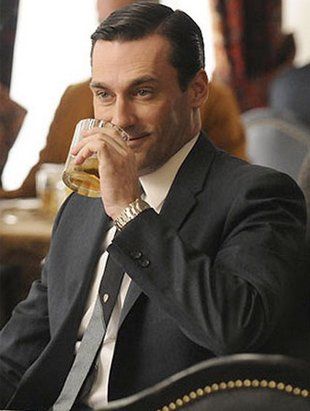 On that note – details are in the Pursuing Vintage Shop.  Have a terrific weekend! I’ll be back on Tuesday with some really great finds! 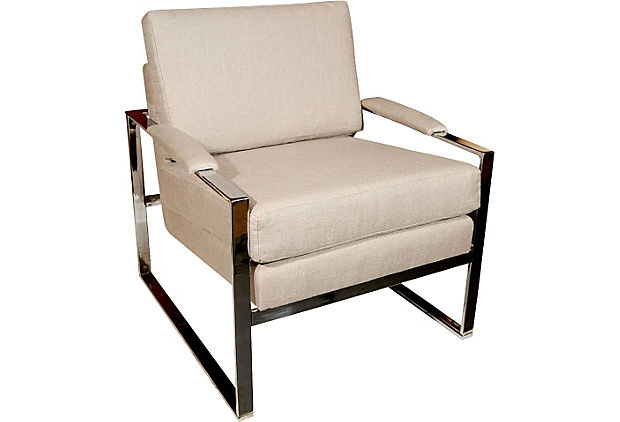 Last week I featured some Baughman style chrome chairs, and this week I’m featuring a set of six dining chairs that, I believe, are actually designed by Milo Baughman for Design Institute America.  More on Baughman tomorrow.  Let’s just take a look at these chairs!

The chairs have had one owner since their original purchase in the early eighties.  There are four chairs and two arm chairs.  The upholstery is original.  The legs are a gold tone metal.  They are 39″ tall at the back and the seats hit at 20″.  There is minor wear to the upholstery from normal use (no rips or tears) and the legs have wear consistent with their age, but are overall excellent condition.

Here is a set on 1stdibs – exactly the same but different upholstery.  I dare you to click and see what they’re asking for the set! These chairs would look terrific around a wood table, or a glass one.  They are very versatile.  You could use them around a conference table at work!  They have a little bit of glam with the legs, but the upholstery is soft and comfortable.  I wouldn’t mind relaxing in these during a dinner party (so, if you buy them, you need to invite me, okay?!).

Here is some inspiration: 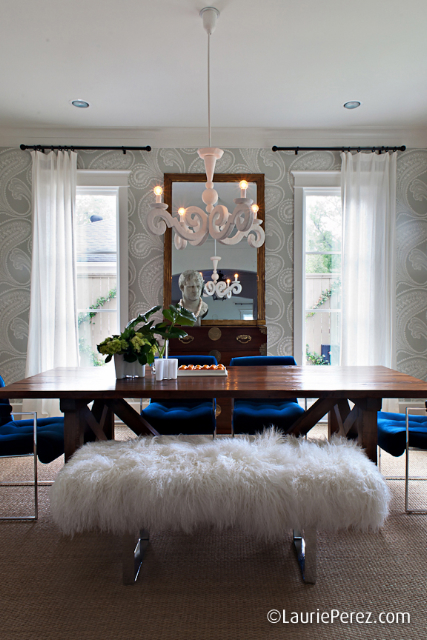 These look great around this wood table.  The blue upholstery is very cool.

via pin your home

These chairs are smaller and a little more “petite” all around.  But I like the table choice they are paired with.

I couldn’t find any photos of similar chairs paired with a glass table, but I think it would look great.

What do you think? Would you keep the original upholstery on these chairs?  What kind of table would you use them with?  Or would you show them in a different way?

Visit the Pursuing Vintage Shop to make them yours!