Iconic photographer Slim Aarons captured some of the most enviable summer poolside gatherings.  Beautiful people mixed with beautiful and luxurious backgrounds created stunning photographs that ignite the imagination.  The Photographers Gallery explains that It was Aarons who perfected, if not invented, the environmental portrait while photographing the international elite in their exclusive playgrounds during the jet-set decades of the ’50s, ’60s, and ’70s, carrying out his self-described mission: to document “attractive people doing attractive things in attractive places.”

My life bringing two little guys to our local swimming pool does not exactly have much in common with Aaron’s photographs.  I haven’t seen any photos of a mom lugging a huge pool bag packed with snacks and swim diapers, two Puddle Jumpers thrown over her shoulder, a tote full of plastic pool toys, and two little men trailing along – barely managing to keep themselves from falling into the big pool on their way to the baby pool area.  No, that was not documented by Slim Aarons.

As our summer continues (no it is NOT almost fall!!!!), I will close my eyes for a brief moment while at the pool, and imagine that I am sunning and swimming with Esther Williams.

… and then I’ll quickly open my eyes to make sure my boys are not drowning each other in the 8″ deep baby pool.

Check out this terrific campaign desk from Land of Nod!  A great option for those who love vintage style but prefer to buy new.

It comes in three great colors – cobalt (above), green, and white.  Take a look: 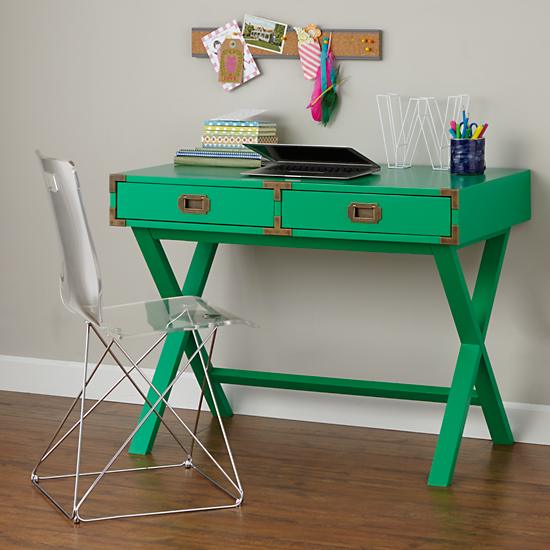 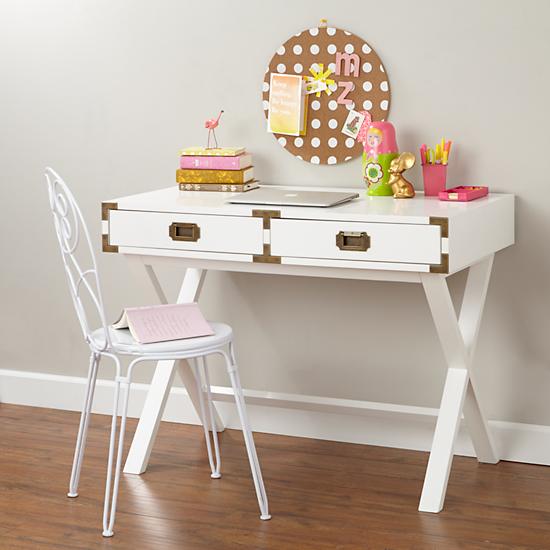 At $399, it is an affordable option, and puts it in-line with many of its authentic vintage counterparts.  Plus, if you sign up to receive emails from Land of Nod, you’ll get a 10% off coupon!  (This post is not sponsored in any way by Land of Nod.)

This desk is not just for kids!  (I’d love it in white for myself!)

What do you think?  What color strikes your fancy?

Here is inspiration for how you can use brass figures or bookends to style bookshelves and tables: via View Along the Way

The brass elephant really stands out in front of the painting. 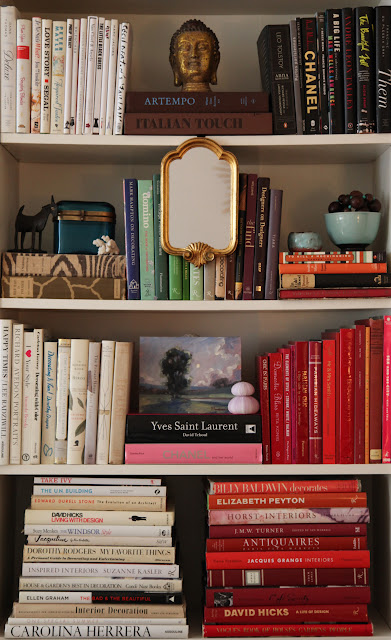 The brass Buddha and gold mirror complement each other among the color-coordinated books. This pair of ibex bookends makes a statement on a table. You don’t have to keep a pair of brass bookends together – these ibex bookends have been split up and they work.

A brass figure can glam-up a stack of magazines. You can have more traditional decor, and still accessorize with a brass animal.

So now you have ideas – but where, or where can you find some great brass accessories?  Thank Goodness I’m here to help!   The Pursuing Vintage Shop as some great options for you!  Take a look! 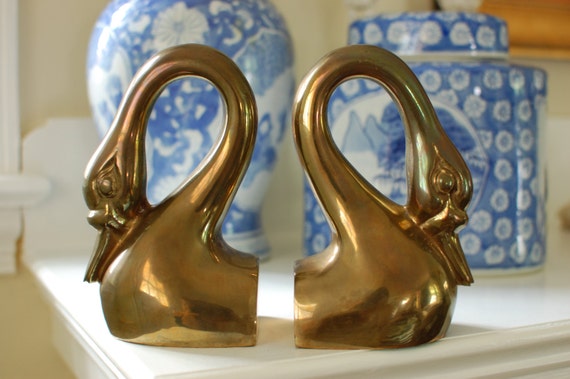 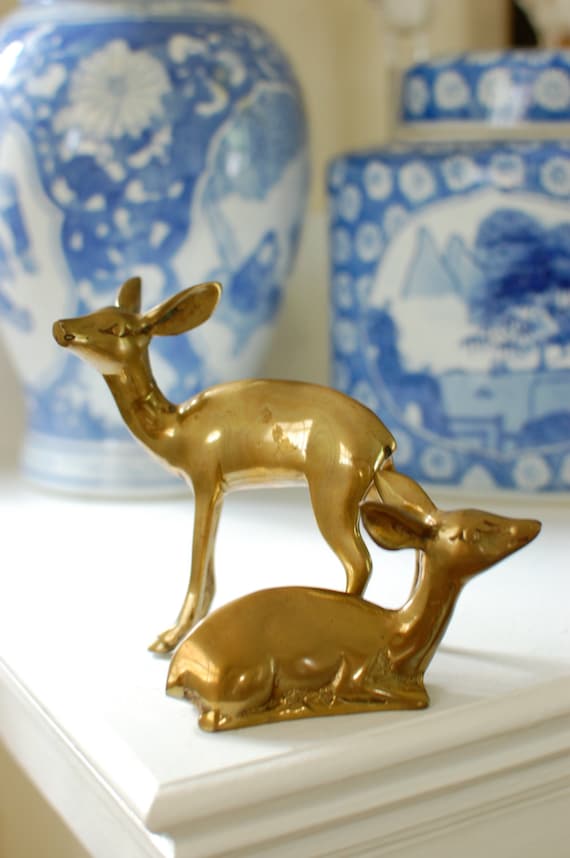 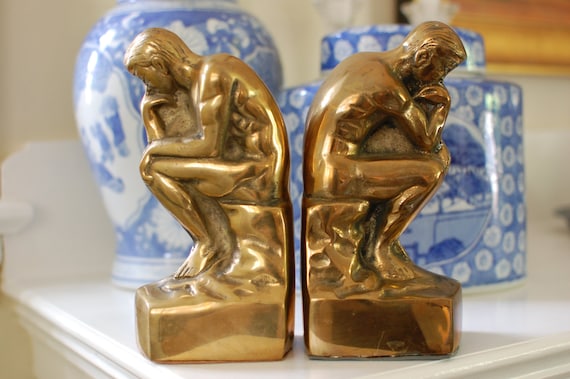 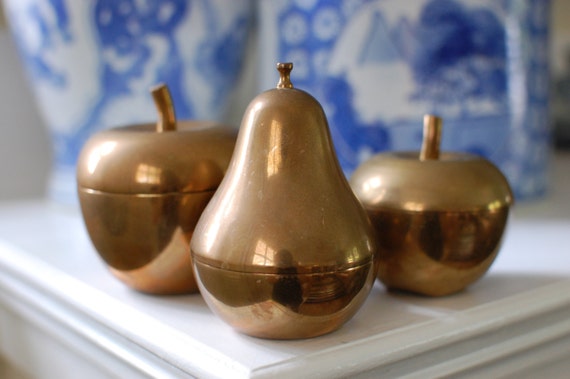 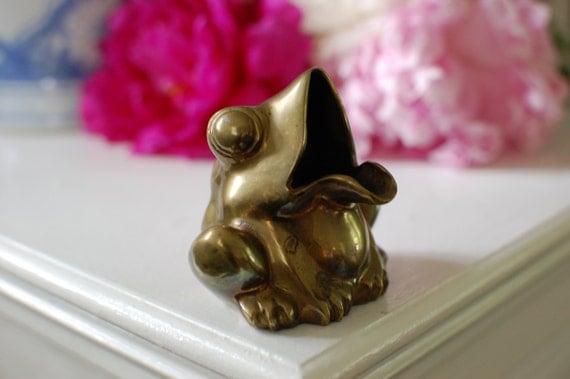 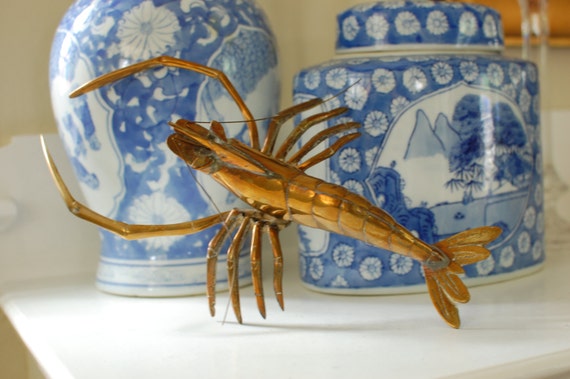 Please take a peek at all the other pretty things available in the Pursuing Vintage Shop!